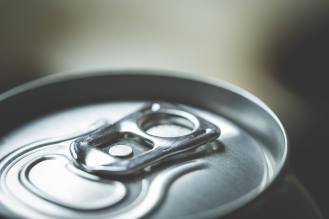 The other day we were having a bit of a growing up issue with my eleven year old. He was wanting more independence and having that “left out feeling”.
This was all brought about by a kindergartner at my school telling him he gets to play Call of Duty (don’t even get me started on that one).  When my 6th grader heard this it made him unhappy. Because we don’t let him play first person shooter games and won’t let him have social media, he feels like we baby him and that he can’t do anything.  He says his friends say we over parent him. I say that the friends who say that are sometimes the friends who I feel aren’t parented at all.  I tell him he can’t compare me to that particular kid.
My son was more than upset about this situation, he was actually in tears.  My husband and I had a long discussion with him about how much he has and how much he gets to experience and how it compared to how we grew up.  But we weren’t quite getting there with him.  He is a kid that tends to lean toward martyr after all, so getting through to him can sometimes be hard. After much talking about where we get happiness from, we had him make a list of things that bring him joy, specific things that are not items but more experiences and a list of things he’d like us to reconsider letting him do.
After he went to bed, Jim and I went over his list and decided where we would wiggle.  Social Media and First Person Shooter is not one, but we will relax a bit on some of the things he watches and other games he plays.  Then, while making his lunch, I sneaked a mini can of Mt. Dew into his lunch (one of his complaints is that I pack his lunch too healthy). I wrote a note that said something like -“happiness doesn’t come from things but from the people that love you” -then said I loved him.
Imagine my surprise when I came home after work today and found that he had cleaned the entire house!  He even loaded the dishwasher and brought in the garbage herbie! I found him in the living room sitting on the couch with a shy smile.  “Because of the Mt. Dew?” I asked.  He giggled and said yes. I gave him a big hug.
So I guess that, on the rare occasion, giving your kid Mt. Dew for school lunch could actually make you a good parent?  Maybe?  I don’t know, but it sort of felt that way. Who would have thought it?